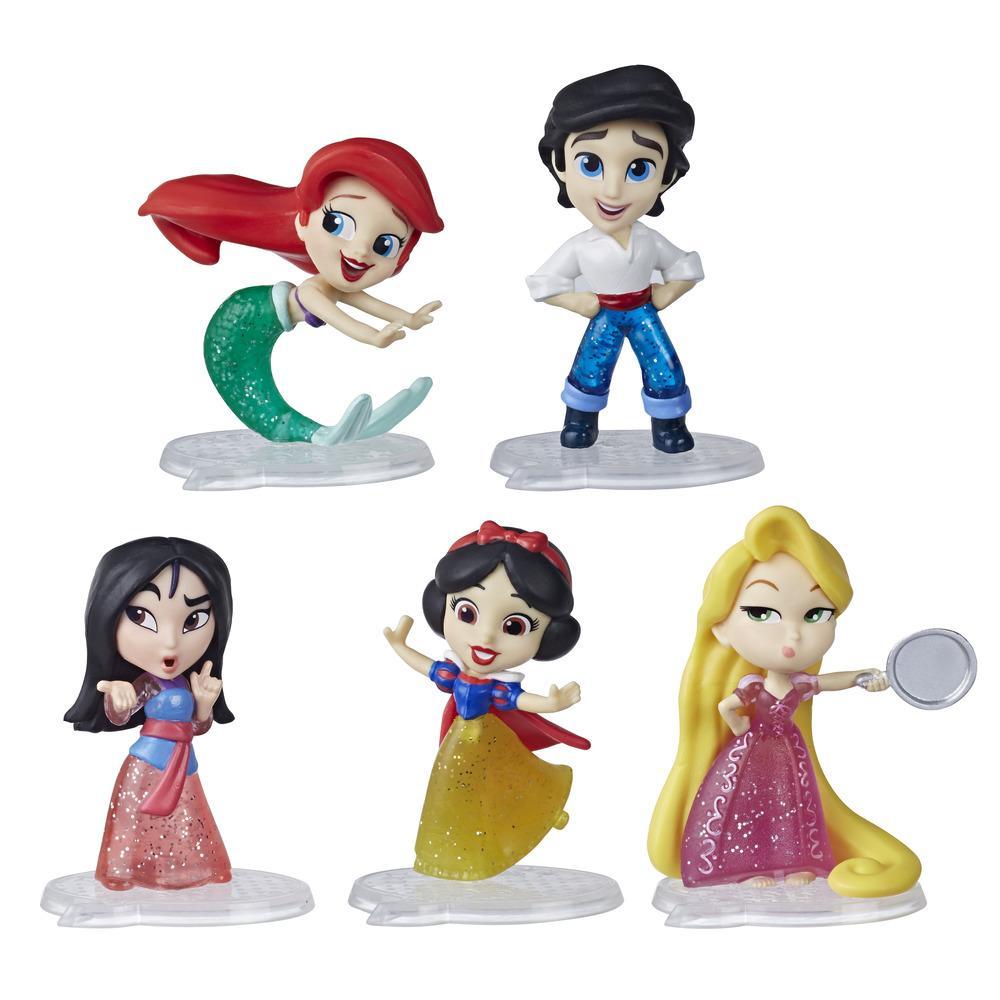 Where To Buy products page url

Disney Princess Comics Dolls are inspired by the popular Disney Princess comic strip series from Joe Books, which features the Princesses in humorous, everyday situations that kids will enjoy. In these short stories, the Princesses are adventurous, kind, and inspiring, but also relatable and funny.
Glitter Pack 5-doll set includes Disney's Ariel, Eric, Mulan, Rapunzel, and Snow White. Kids can imagine all sorts of adventures with a cute compilation of Disney characters. These Disney dolls include bases that allow them to stand on their own. Want more? They each include a sparkling splash of glitter on their outfits. The Ariel doll's mermaid tail glistens, while Eric's pants are sparkle in blue. The Rapunzel doll's dress glitters gorgeously, as does the Mulan doll's pink dress and the Snow White doll's yellow dress. Kids can enjoy 5 times the cuteness and 5 times the adventure with this 5-pack of Disney Princess comics dolls!
Copyright Disney
Hasbro and all related terms are trademarks of Hasbro.

DISNEY PRINCESS COMICS DOLLS: This 5-pack of dolls includes Ariel, Eric, Mulan, Rapunzel, and Snow White
GLITTERY OUTFITS: These Disney toys include a sparkling splash of glitter on their outfits, adding extra pizzazz
ANIMATED POSES: Kids will get a kick out of seeing their favorite Disney characters with funny expressions and animated poses
INCLUDES BASES FOR DOLLS: Disney dolls can stand on their own with the included bases, making it a great toy for 3 year olds

Others Also Looked At

We’re sorry, but you are not eligible to access this site.

If you believe you received this message in error, please contact us for assistance.

You are now leaving Hasbro.com

Hasbro does not control and is not responsible for the availability of, or content on, linked third party websites.